By the year 1910, Anniston had shifted from an industrial town full of ironworkers, to a beautiful residential area with Victorian style mansions lining the main boulevard, Quintard Avenue.

The original Mansion circa 1888

Originally, the Main House at Hotel Finial was built as a home for The McKleroys, a prominent family in Anniston. Col. John McKleroy was an attorney and Counselor-at-law. John chose the location because it was the highest hill on Quintard Avenue and provided a beautiful view of the mountains and the city below.

After his death in 1891, John’s widow remained in the house until it was sold in a public auction in 1920 to William Coleman Wilson. The mansion features a grand ballroom throughout the entire third floor of the house where many celebrations were held in the late 19th century.

The property also encompassed a barn where the owner’s horse and carriages were housed, as well as a cottage behind the mansion.

The Wilsons lived in the mansion until 1949 when William passed away. Frank and Robbie Kirby were the last residents in the mansion until their death in the 1980s. The property was purchased by a South Carolina developer in 1984 and transformed into a Victorian style inn.

After multiple foreclosures, the property was donated to Jacksonville State University. The Anniston City Council bought the property from JSU in order to preserve the historic site.

Hotel Finial is the last surviving Victorian Style mansion on Quintard Avenue which was once lined with similar mansions.

Hotel Finial has been beautifully renovated with each detail of the rooms meticulously chosen by interior decorators and companies local to Anniston. 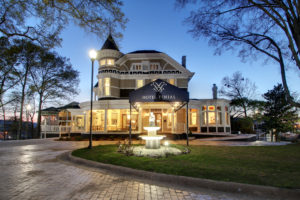 The goal of the renovations was to bring life and a modern touch to the historic property while respecting and maintaining its remarkable history. 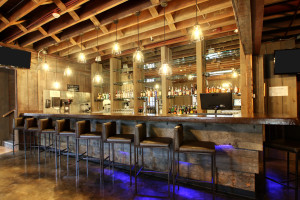 Because of the care that was given to the property during its remodeling, the hotel now has 61 guest rooms which includes five suites—four in the main house as well as the cottage. In addition, Spencer’s Bar is located in the Carriage House and is open to the public.

Come experience the history of this beautiful home for yourself! Reserve your getaway today at HotelFinial.com!

There are no upcoming events at this time.